Back to Yoga Presenters 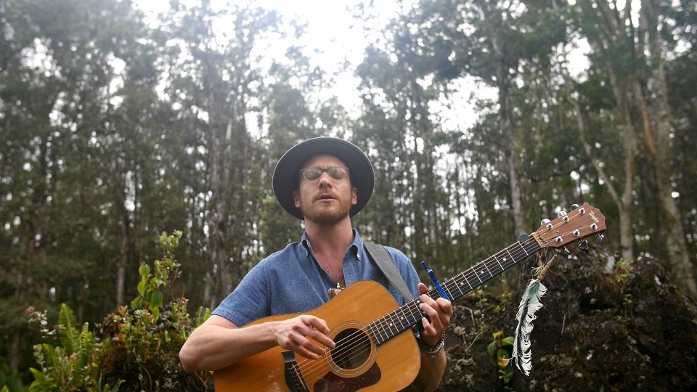 Mikey Pauker is a folk/world artist from Berkeley, California. His new album, ASCENSION, is an invitation to listen to the call of our inner wilderness and to greet our darkness with understanding and an open heart. It was recorded in raw, live instrumental sessions — a departure from Mikey’s more electronic past recordings — under the guidance of Grammy-nominated producer Warren Huart (The Fray, Trevor Hall, Matisyahu). With songs like “Say Yes” and “I AM”, listeners are elevated with catchy melodic hooks and reggae/rock beats. Inspired by the recent California wildfires and hurricanes that have swept Texas and Florida this past season, “Believe” reminds us that these tragedies are opportunities to rebalance our relationship with our planet and the communities we surround ourselves with.

Growing up in Orange County, Mikey’s early experiences at underground shows exposed him to the intense, primal energy of live music, as well as the strong community bonds that form in an authentic and close-knit scene. Inspired by teachers who blend yoga and mystical practices he went to study in Jerusalem, soaking up the hidden teachings of his ancestral lineage. These spiritual dimensions guided his artistic development as he explored ecstatic music festivals and mystical religious traditions. His music implores us all to look within, sit with our darkness, and transform it into light. Mikey’s sound blends elements of folk, reggae, and hip-hop, incorporating English and Hebrew roots into his devotional songwriting. Mikey’s music draws from influences such as early Bob Marley, Van Morrison, and The Police, and listeners will immediately identify his style to the likes of Michael Franti, Trevor Hall and Nahko & Medicine For The People.